You currently do not have an active lich. 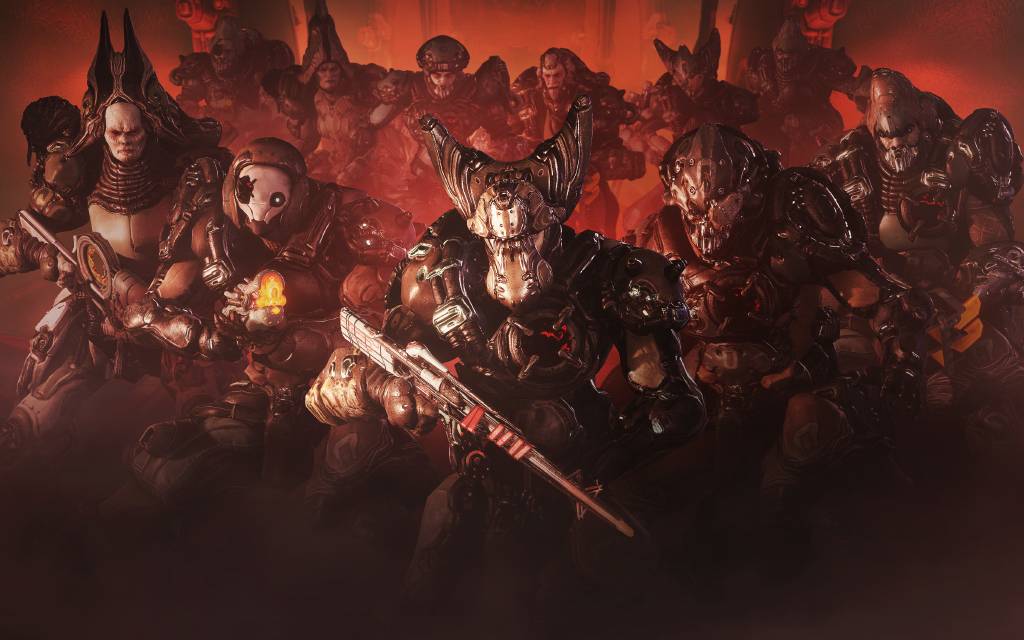 Note: a "correct" mod is one that is in the lich's requiem. The order of mods is not evaluated here.

Lich thralls and the lich itself can spawn in regular missions. You can acquire Intel there at no initial cost. Click on the nodes' names to initiate this mission type.

A swift attack on a local thrall cell, to remove the lich's influence from a node. Equivalent to the lich missions in the live game. Cost a little bit of Intel, but you still acquire Intel there. Overall these missions are roughly Intel-neutral. Click on the "expel" button under a node's name to initiate this mission type.

A brutal, large scale offensive, targeted at the lich's HQ on a planet. Such a mission will be extremely difficult, but will remove a lich's influence from the whole planet. Cannot target a lich's only remaining planet.

A discrete incursion aimed at acquiring a large amount of intel (150-250 at the present). If you need a lot of intel quickly, run this. You will need a little bit of Intel to locate the cache to raid, but a successful recon mission is greatly Intel-positive.

A raid to recover loot from the Lich's treasury. Ideally, I would want it to be possible to spend additional Intel to recover specific loot, but that is not implemented in this application.

The lich isn't the only one who can pull ambushes. Time to show them. Two possibilities:
Basic version: next mission is guaranteed to have a lich spawn.
Mission type: not a mission, but a modifier/flag.
Advanced version: spawns a crossfire mission where the lich is busy. New voice lines for the lich being ambushed. The latter is what is being simulated here.

Once the lich has been cornered, you can attempt to kill it for good. Even if you fail to kill it permanently, it will leave the starmap for a short time, before coming back. And you can steal its weapon. Should you be defeated however, the lich will regain a significant amount of territory from its unlikely victory.

A lich's kuva weapon is biometrically locked to its rightful owner. To steal it, you need to either kill the lich hard enough (through a Last Stand mission) or break the encryption. This costs a lot of intel, but the cost is lowered for each encounter you have with the Lich. Once you break the encryption, you can steal the lich's weapon on the next encounter. The lich will then find a new, better weapon.


Mission type: not a mission, but a modifier/flag

What is this all about?

With update 26, DE released the Kuva Liches into Warframe. This system has disappointed a number of people, me included. It failed to live up to the hype that Tennocon built up, and to create true Nemesis for the Tenno. I have created this application/minigame to demonstrate my ideas on how to make this system better. I want kuva liches to be long term, memorable enemies. Nemesis. This requires them to be longer lived, and to have a lot more things going on. To have many systems that reward you for fighting the Lich and leaving it alive, rather than one single reward for permakilling it. This is my attempt at accomplishing that.

All numbers are mostly guesswork as to what should be good. Intel gain/costs and the like are not meant to be final, and most likely will need a lot of adjustment. I acknowledge that. Especially when it comes to lengths of time, as this application is greatly sped up compared to what the game should be (missions are just the click of a button, and so is the passage of a day). Asset rewards are also placeholders. The point for them is to have an "evergreen" reason to fight Liches, and I just haven't given them enough thought to make these rewards balanced and attractive.

So what do I do here?

First, create a Lich. Then, run regular missions to obtain some Intel. Then, you can use that Intel to do many things, such as getting loads of Intel, destroying its assets, recovering stolen loot, ambushing the Lich, or stealing its weapon. Equip requiem mods on your Parazon and seek out encounters with your Lich to get clues on their Requiem. Push the Lich back to a Last Stand to have a serious try at killing it, and steal its weapon. Don't forget to "advance time" with the "next day" button to let your Lich expand, level up, and acquire assets.

Intel is a new resource tied to the Lich you currently have. You obtain it from Thralls, where it replaces murmurs, from every mission on a node with Lich influence (regular, nightmare, fissures, all of them!), and from the Recon mission. Intel is spent to interact with your Lich. You use it to expel the Lich from nodes/planets, steal its weapon, ambush it, run the aforementioned Recon mission for more Intel, etc...

So how do I kill my Lich now?

The basic idea of finding the correct combination of requiem mods remain the same. However, murmurs as they currently exist in the game are gone. There is now two types of Lich fights: Last Stands, and Encounters.
Last Stands are when you corner your Lich into one last node. At that point, the mission becomes an Assassination with the Lich as the target. This mission tests your Parazon mods much the same as it works in the live game. If you have the right combination, the Lich dies permanently. If it isn't, the Lich only mostly dies. You get the kuva weapon and recover all your stolen loot either way. If the Lich is only mostly dead, it will soon come back with a new, better weapon.
Encounters are any random ambushes on your Lich's part, or ambushes on your part via the Track Down intel mission. Encounters can only kill the Lich a little, regardless of the parazon configuration. If you have three requiem mods equipped, the game will tell you how many were "correct". Where "correct" means "are in the Lich's requiem", regardless of position (similar to Mastermind). You will need to use these clues to figure out the three correct mods (same purpose as murmurs right now) and then corner your Lich into a couple of Last Stands (at most four) to permanently kill or convert it.

The Lich doesn't kill you on a failed requiem anymore?

How does it rank up?

While converting liches is not implemented in this game, I do not wish to get rid of it. I just didn't see a reason to spend a lot of effort implementing a feature that would, considering the format of this game, have very little impact. Consider that mechanic unchanged from the base game.

This is going to take forever! What about kuva weapons?

While making Liches live longer was indeed a primary goal of this rework, the obtention of kuva weapons needed to change, because I don't want to spend five years farming those either.
There is now two ways to steal a Lich's kuva weapon: the first is to win a Last Stand. Whether the Lich is completely killed or just mostly killed, you will gain the weapon.
The second is to break the biometric encryption on the weapon by using a lot of Intel (see the Intel Mission tab for more details) and then win a regular Encounter.

What happens when the Lich is still alive after getting its weapon stolen?

It will get a new, different weapon. It cannot get the same weapon type twice in a row, the new element depends on the frame you were using when you last defeated it (though it is random in this application because it doesn't track the player's equipment), and the bonus damage is rerolled. The bonus damage is higher for higher ranked Liches, and it can never be lower than the previous weapon's roll. Altogether, this means that leaving your Lich alive as long as possible is advantageous for weapon farming, as you will gain more powerful ones over time.

Assets are equipment, troops, and specialists that the Lich acquires over time. A higher ranked Lich can get its hands on bigger and better stuff. Assets have a wide variety of effects, from equipping heavy gunners with grattlers to giving the Lich kuva guardian bodyguards, or a cybersecurity specialist that will make hacking more difficult. These assets can be destroyed in a special mission at the cost of Intel. Doing so not only removes the effect, but also rewards you with loot and special rewards.

They are. And they can only be collected upon a permanent kill, unlike kuva weapons. To offset this, when you temporarily kill a kuva lich (in a Last Stand) who doesn't have an ephemera, there is a chance they will gain one upon their return.

What's this "bounty" thing about?

As it rampages through the Origin System, the Lich is going to anger a lot of people. And many are willing to pay the tenno a good sum to see this particular annoyance dead. Permanently. The Bounty accumulates as long as the lich is alive, and can only be collected by permanently killing it. Ideally, the bounty would have a number of variables as to how it accumulates, who contributes what and when for what reason... Here it's very simplified. The point is to give the players a reason (besides ephemeras) to eventually kill their liches for good, as the change to Kuva Weapons removed all incentive to permakill a lich (which was sort of intended, but went too far).

A particularly experienced lich can take it upon itself to start ambitious schemes to obtain great power. If left unchecked, your lich might deploy a tremendously powerful asset. Epic Assets cannot be destroyed, unlike regular ones, but a lich can only ever have one Epic Asset. To get rid of it, you will have to permanently kill the associated lich. There are at the time two different Epic Assets, and one of them has pretty serious effects. The other as of yet does not do anything in the app.

Some Assets actually impact the gameplay now! The secret bunker network actually increases intel costs, the lone smuggler does steal more loot, and the new shield generator prevents Last Stands until destroyed! One of the two Epic Assets also has a serious effect on the game.